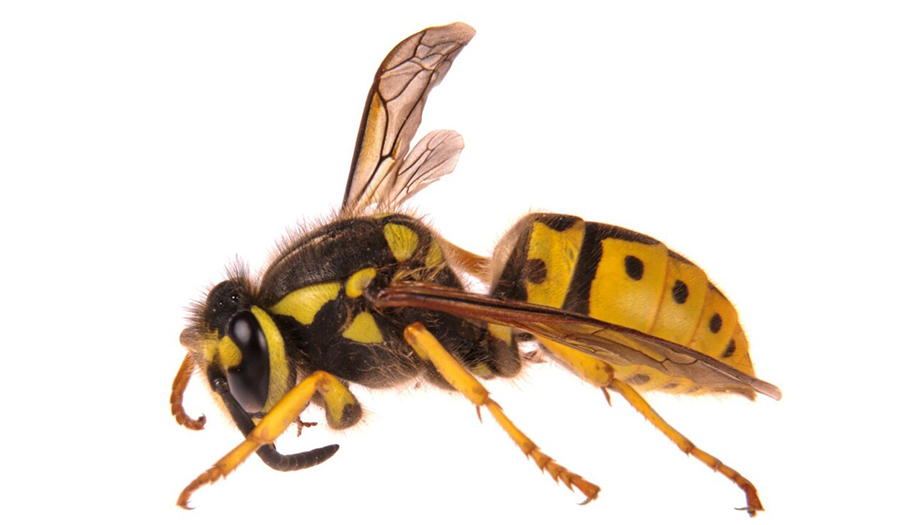 How to remove a wasp nest

Wasps belong to the order “Hymenoptera”. Worker wasp are 15 mm long and brown in color with yellow markings. Usually less than 12 wasps live in one nest. There nest is most commonly in old buildings. Wasp usually don’t sting unless they are disturbed or their nest is molested. We are expert in wasp removal.

Bee is hairy while wasp have just few hairs. There stinger is not barbed; this means wasp can sting more than once. Wasps have 2 sets of wings and 6 legs. They have antennae and “pinched-in” or hourglass waists. They also have chewing mouthparts (mandibles) to chew prey and other food sources.

Wasp feed on insect larvae, and rotten fruit. Due to this reason wasp are more common in orchards. Mated female will over winter while male and unfertilized wasp will die as the winter arrive.

Female wasps have stingers (ovipositors) which are used to lay eggs. They will also use the ovipositor to sting when threatened. Wasp usually don’t sting unless provoked. A wasp will normally only use its sting to defend itself or to subdue prey. Many wasps’ stings are the result of people squashing wasps, either deliberately or by accident. Wasps are attracted to food and sweet drinks. Wasps sting intruders to defend their nest. When a wasp nest is disturbed, wasps will fly out with a wing beat frequency that stimulates other wasps to fly out the nest and attack. They will attack an intruder within 7 meters of the nest and pay special attention to moving targets. Some common difference between bee and wasp are:

Why do wasps sting people?

Next
Cockroaches, How they get in to your home

At Shield pest control we are providing the best pest control service throughout greater Toronto area. Therefore, our aim is to provide you the best and long-term protection from pests.

© Copyright 2021 | All Rights Reserved By Shieldpestcontrol